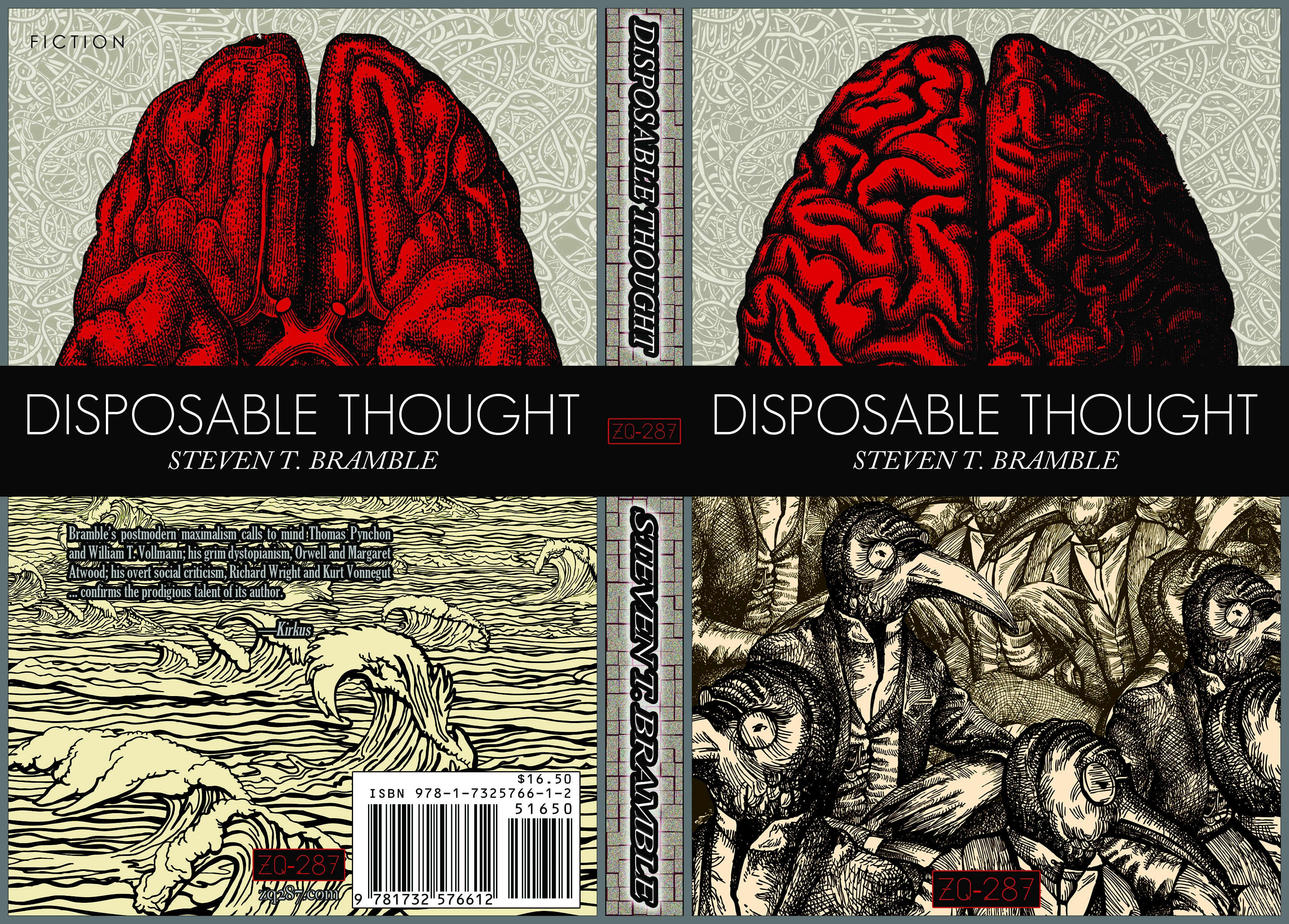 Cole Scott-Knox-Under, an idealistic technophobe purposefully relegating himself to a minimum-wage fast food job, suddenly notices he is suffering from a strange neurosis: inanimate objects appear to be speaking to him, and the symptoms are worsening.

Hallucinations of lethal drink lids, personified congratulations balloons, desperate old VHS tapes, buried-alive beepers, chatty styrofoam cups, and a holocaust of waste threaten to sever him from his family, friends and job. Or are they hallucinations at all?

A weird dark comedy examining one of the foundational pieces of U.S. modernity and crisis—disposability, in all its concrete and abstract forms.

“Showcasing a distinctive narrative…that is as iconoclastic as it is inherently fascinating, Disposable Thought is an extraordinary and fully entertaining read from cover to cover-making it an unreservedly endorsed and recommended addition to personal reading lists.”  —Midwest Book Review

Disposable Thought is also available on Barnes & Noble, Powell’s, and all other online platforms. 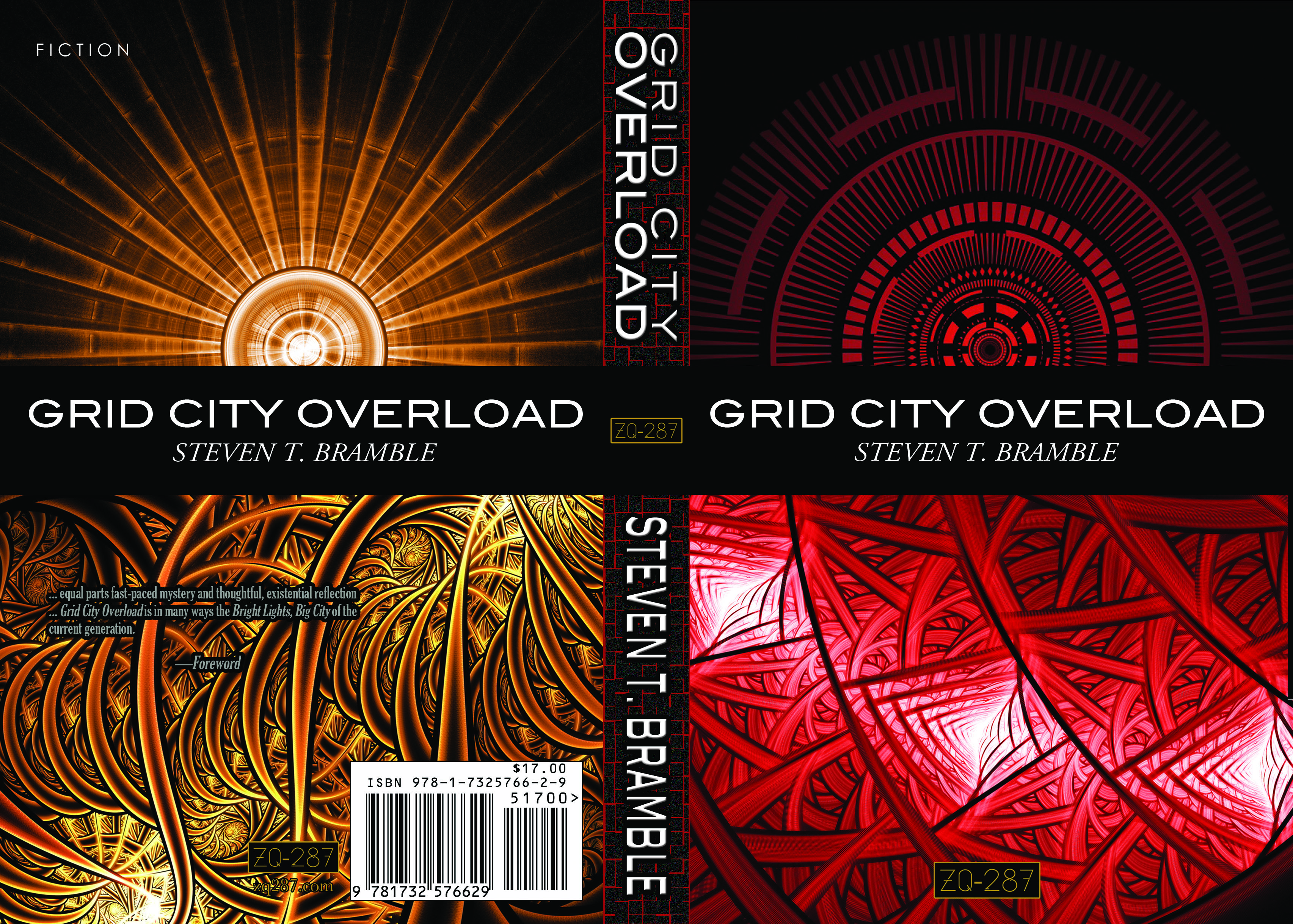 Set in the fictional hub of Grid on the verge of the Fourth Industrial Revolution, Grid City Overload swirls around three central characters: a budding uppers addict, an informational psychopath, and schizotypal soda factory worker who believes he’s a fish.

Two interlocking conspiracies are converging on this socially and psychologically vulnerable trio in a city designed to function as a pure technocracy. Fueled by an abruptly powerful political movement, the ubiquitous software company InfoZebra begins construction on a massive new corporate headquarters at the heart of Grid. At the same time, the legal rights to a dying woman’s head are called into question. Between the two is a prodigiously skilled hacker who transforms both situations into scandals, upending the city and ensnaring the people around her, both knowing and unknowing.

The result is a journey into the minds of the citizens, and objects, of Grid, including dissident cultists, highstrung partiers, anti-identity authors, a retired hitman, tech tycoons, and a sentient phone torn by love and revolution. This surrealistic and intricate novel, the second installment in a triptych about technology and madness, paints a psychological portrait of high-tech civilization struggling to keep up with its own advancements, stumbling into an era in which human beings are abstract and reality takes on a new meaning.

“The reader is presented with these intersecting narratives and versions of their truth in a world that is speeding increasingly toward an information apocalypse…forces you to examine the amount of information you receive on a daily basis, and how you are receiving it.” —Long Beach Post

“Full of neon corporate logos and industrial pollution…the novel plumbs the lives of these characters as they lose themselves in drugs and technological advances.” —Kirkus

“Steven T. Bramble is a writer to watch, and to be reading-not later-but now.” —Stephen Graham Jones, author of The Bird is Gone and The Fast Red Road

Grid City Overload is also available on Barnes & Noble, Powell’s, and all other online platforms. 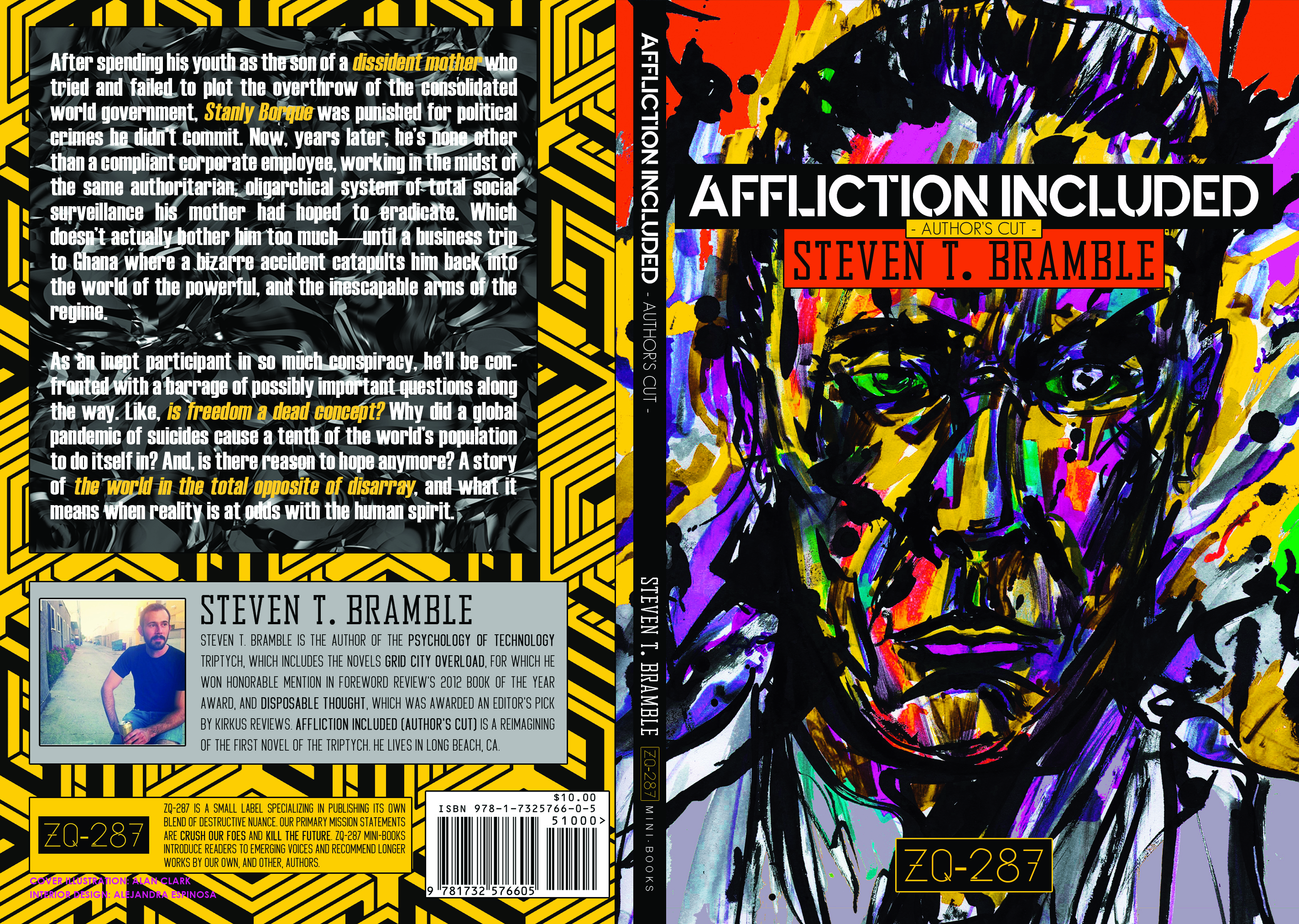 After spending his youth as the son of a dissident mother who tried and failed to plot the overthrow of the consolidated world government, Stanly Borque was punished for political crimes he didn’t commit. Now, years later, he’s none other than a compliant corporate employee, working in the midst of the same authoritarian, oligarchical system of total social surveillance his mother had hoped to eradicate. Which doesn’t actually bother him too much—until a business trip to Ghana where a bizarre accident catapults him back into the world of the powerful and the inescapable arms of the regime.

As an inept participant in so much conspiracy, he’ll be confronted with a barrage of possibly important questions along the way. Like, is freedom a dead concept? Why did a global pandemic of suicides cause a tenth of the world’s population to do itself in? And, is there reason to hope anymore? A story of the world in the total opposite of disarray, and what it means when reality is at odds with the human spirit.

Affliction Included is also available on Barnes & Noble, and all other online platforms.

All purchases made directly from the ZQ-287 Bookstore come with the first issue of Alan Saint Clark’s graphic novel Babylon, free!