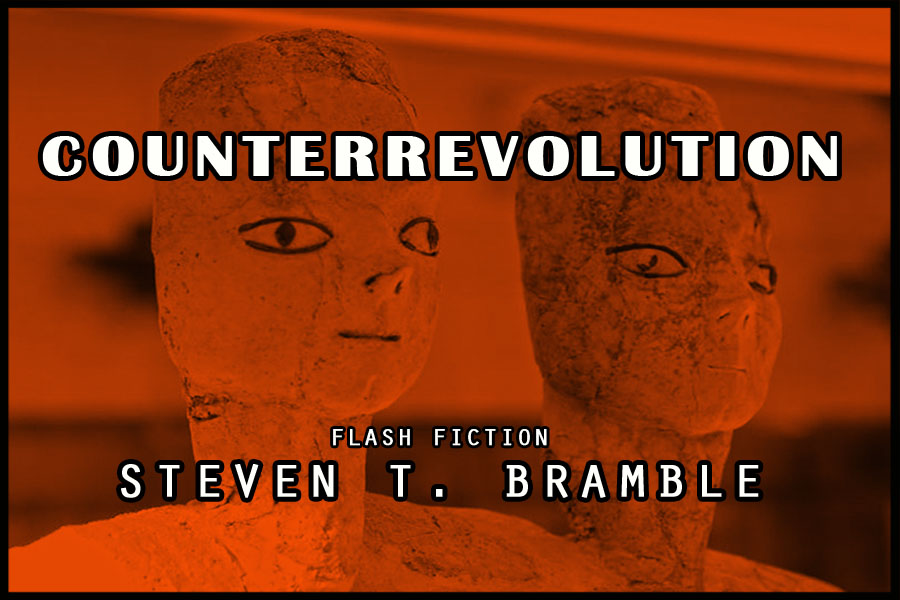 People had talked for years of eating the rich, and finally the requisite amount of time had elapsed before someone actually tried to do it. In fact, the effort would be part of a whole pogrom; that’s how advanced the idea had become. Revolt had taken place, and all the old sacred malfeasance had been swept aside to make way for freshly hallowed crimes. In the vanguard revolutionary circle, the idea first met with laughter. Yes, it would make for fine justice, wouldn’t it? But it was time, now, to get down to business, to figure out how best to dispose of these enemies of the new state. One faction favored the use of violence, whereas another advocated a policy of more humane proportions. After a few speakers, however, the idea was got back around to. The administrant to propose it: one Emil Díaz, and as it happened, he had a touch of the salesman in him. Cruelty, he said earnestly to the convocation, may yet serve our cause. As in the case of the guillotine, captivating the morbid imagination would be a message injected into history’s veins—a moment that would stand forever as an act of redeeming vengeance, as well as dire warning for those who might attempt to drag society backward. Well, this did make some of the luminaries arrayed at the table pause over their coffees just a moment. They were starting to see it. History murmurs loudly in the ears of those poised to do its bidding. Anyway, this is hardly cannibalism we’re considering, Emil said. The condemned could easily be consumed by a pack of lesser—excuse me, other—beasts after meeting their initial liquidation in some more palatable manner. Supposing we do this, it was tremulously floated after a moment’s silence, what’s to guarantee it would not appall our supporters and rally our opponents around the cause of counterrevolution? To that I would say, replied Emil, who previous to his rise through the revolutionary ranks had been first a fiberoptic cable engineer and then a traffic corridor manager and was therefore possessed of a severe analytical directness, the criminals slated to be purged are the counterrevolution. And as for our supporters, they will be made to understand the true force of their political will. Certain voices ignited in outrage. There has not been a single crime committed by the whole lot of the guilty that is strictly commensurate with such vivid atrocities! Mr. Díaz’s proposal seeks to leave our fledgling state forever reviled! Ultimately, by the end of discussions, it was decided that none should be violently purged, and instead would be incarcerated into perpetuity.

But Emil had already made his name. His proposal came to public light, and in so doing found its proponents and admirers. And, concurrent to his instincts, his personage continued to exist in the imagination long past his death, just as the state continued to exist in reality. He was elevated to the level of symbol, idealized by the romantic, the passionate, and the recalcitrant. And, far into the future, when the revolutionary regime began to degrade and the rich began to resurface, there were many who pointed to Emil Díaz and bitterly asserted that if only he’d been listened to in the first place they could’ve avoided this whole fucking mess. But those were matters for future generations. For Emil, his newfound status as radical among radicals meant celebrity beyond anything he’d ever envisioned for himself, and he let his reputation drive his actions. Later in life, as with many energetic and creative people, he was a disillusioned man. He found himself fascinated by who he had been in his youth. Not the revolutionary, not the radical among radicals, but the wide-eyed young person. One night, during his fifth decade, he had the rare luxury of getting drunk in his home by himself. His wife and children were away on vacation. He had stayed home to work. When he was finally too drunk to read or tend to his paperwork, he made an unusual decision to listen to music, and in his intoxicated, emotionally vulnerable state, he judged that he could no longer recognize who he was. A song had come on he hadn’t heard for years, not since his early twenties, one that reminded him of a very old girlfriend, someone fleeting in his life whom he had loved completely. He listened to the song several times, remembering. He was shocked at how much it hurt him to recall something good from his past. He had been called upon to do terrible things, make difficult decisions, denounce his enemies. What path had led him from that happiness into such waking death? He felt the fearsome judgment of a life already lived, and the ecstasy that had been reawakened inside him was as fleeting as the presence of someone he had once loved. His eyes welled. He wondered to himself, would this be the last time he felt anything? He stifled the tears that had threatened to fall. Better that it is, he thought.