(EXCERPT FROM RISE OF THE BLACK PANTHERS)

In its nascency, the Black Panther Party for Self-Defense proved the efficacy and power of communities arming themselves and practicing self-defense. One such incident occurred while guarding Betty Shabbaz, Malcolm X’s widow, at the San Francisco Airport. Moments such as these are vital to understanding the justification for the growing militancy of one wing of the African-American Civil Rights Movement post-1960s, as well as the particular need for self-defense as it relates to any revolutionary movement. Preorder Rise of the Black Panthers, Issue II of In Search of the Black Panthers by Alan Clark, at the ZQ-287 Bookstore. 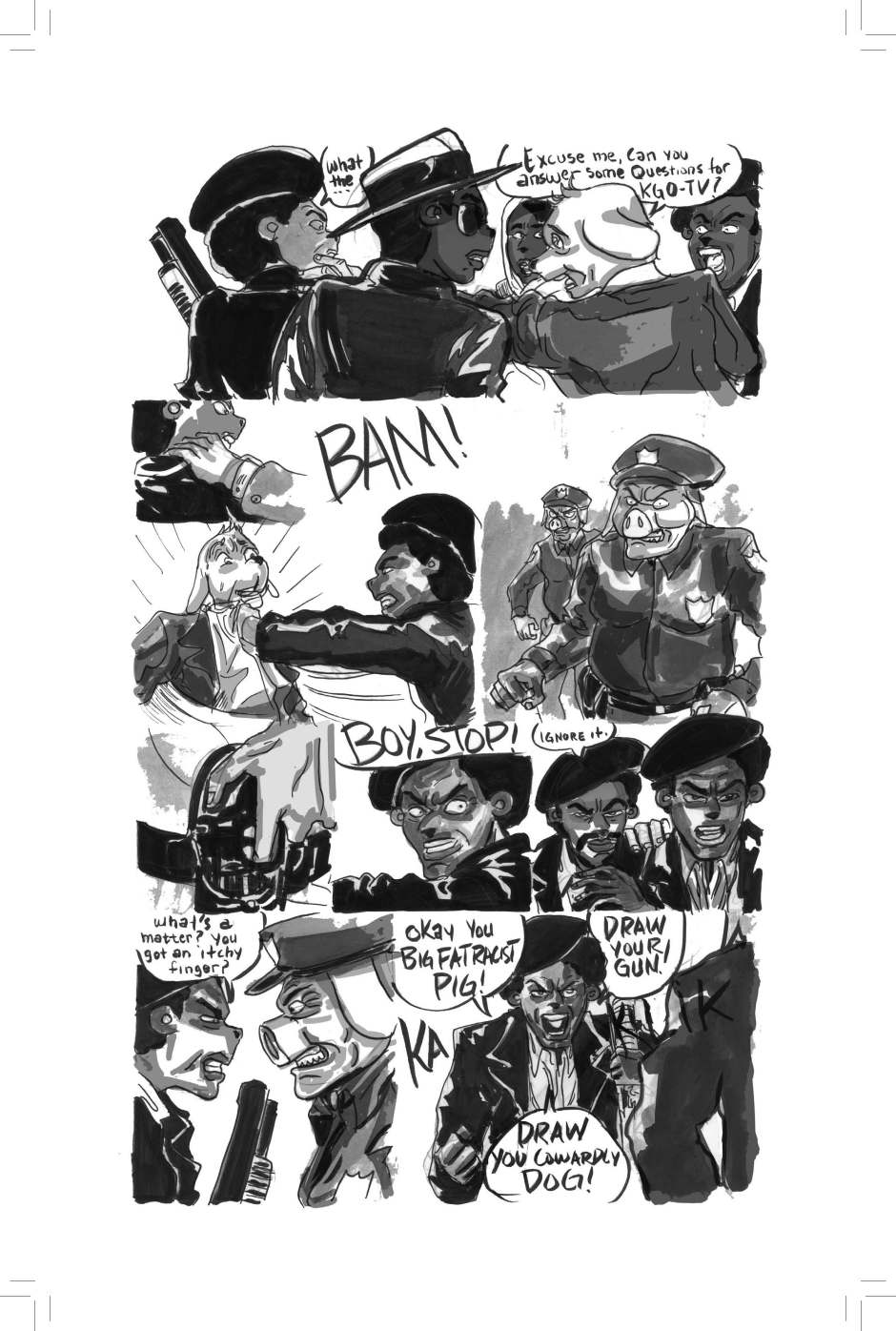 RISE OF THE BLACK PANTHERS: ISSUE TWO / BY ALAN CLARK

A series on the history of African people in the Americas and the historical trauma that created the Black Panther Party. (Shipping and Handling Included in Price.)