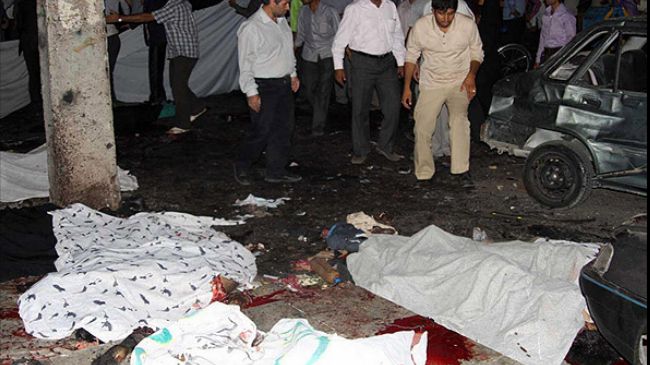 On the way to his new sandwich making job, four months after quitting his job washing trucks, the Paranoid is flipping through phone-news, head full of refined caffeine and swiping-finger shaking like a tiny pancreatitic chihuahua, when he comes across the headline, “Suicide attack on Iran’s Revolutionary Guard kills at least 23”.

Just like what happened in Ahvaz back in October, another Sunni separatist group, Jaish al-Adl, this time operating near the Pakistani border, carried out a suicide bombing attack on a bus carrying elite members of Iran’s RevGuard. Again, just a little fucking suspicious given the attack occurred on the same day as an international conference convened by the Trump administration in Warsaw that they called a “Middle East peace summit.” But then, just before the talks, without even trying to keep a straight public-relations face, Benjamin Netanyahu jumped on his Twitter account to stream a video of himself saying, “What is important about this meeting—and this meeting is not in secret, because there are many of those—is that this is an open meeting with representatives of leading Arab countries, that are sitting down together with Israel in order to advance the common interest of war with Iran.”

So, the Paranoid thinks, riding (queasily enough) the bus to work, it turns out they’ve got the dumb motherfuckers dead to rights. Not as if it were all some big secret in the first place. Sanctions crippling the Iranian economy for months now, plummeting currency, food and medicine shortages, and then let’s not forget the whole Venezuela situation.

Yep, if anyone really thought the U.S. had gotten over its nasty neo-imperialist habit of overthrowing governments that don’t allow foreign capital to exploit their countries’ labor markets and natural resources, then just stop right there, mister! Because here comes Mike Pence speakin da Spanish, CIA weapons shipments from an airline in North Carolina, a brand new puppet president ready to take office just as soon as they can blast old Maduro’s brains out—and Señor Elliot Abrams resurrected from the crypt to be in charge of it all.

The Paranoid looks up from his phone, glances around the bus. People just like him, looking down, headphones in ears, joyless faces. His smile drops, and he suddenly feels less glib.

Well, he thinks to himself, it’s at least a pleasant fantasy to imagine the entire Trump administration being blown to bits just like those RevGuard bastards, maybe a couple of Pompeo’s blown-off fingers somehow ending up, amidst the carnage, crammed into John Bolton’s empty eye sockets, or Pence’s disembodied tongue forced deep inside Trump’s cold, dead anus.

But of course it’s only a fantasy. After all, it goes against historical principles: rightist politicians might get deposed by angry mobs, or even get taken out of power through legal means, but only leftist politicians get assassinated.

The Paranoid pulls the stop-request cord, gets off the unexploded bus. He’ll be making sandwiches the next seven hours.