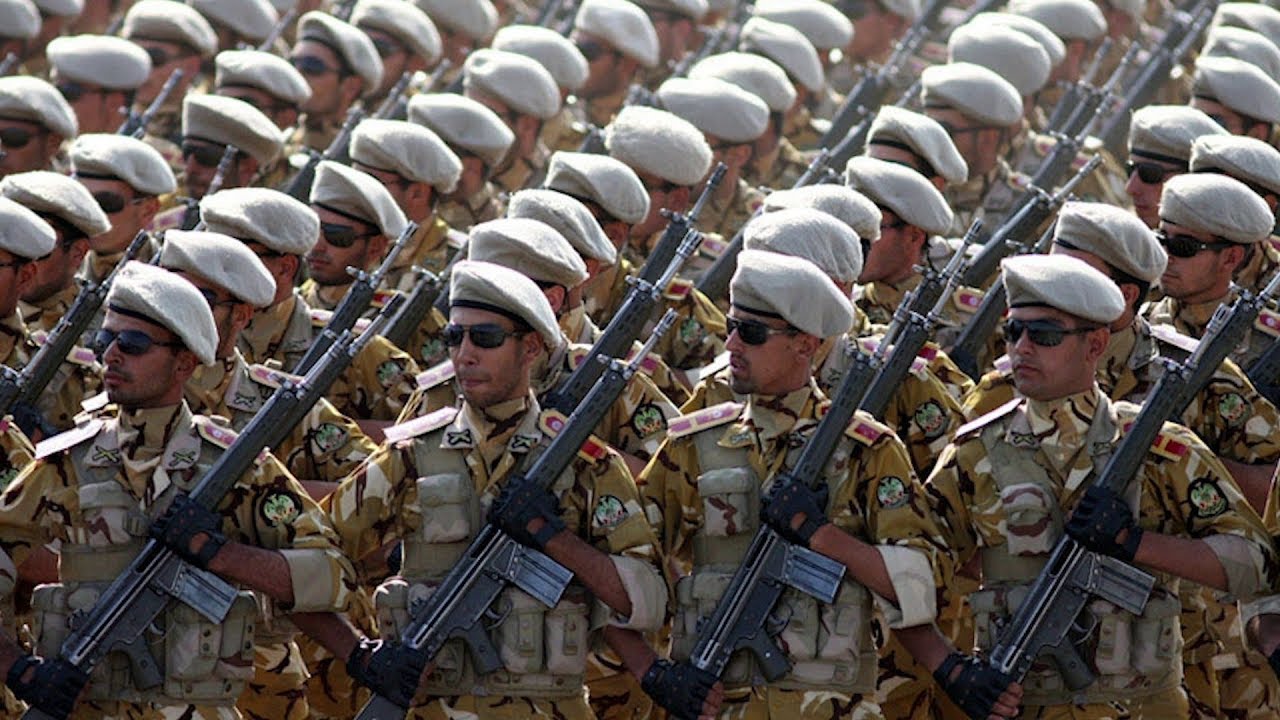 The Paranoid, although agonizingly well-aware doom looms over us all with constancy in the year 2018, is pretty rational about things in general, reasonably balanced. He is at once the type of person to plan for ecological catastrophe, sea level rise, epidemics, pandemics, weaknesses endemic to modern human civilization, to accept as perfectly natural the possible occurrence of skies filled with radioactive dust blotting out the sun, of occasional conspiratorial genocides, of political systems being sucked into the black hole of totalitarianism, but also, at the same time, to understand that life must be lived regardless, groceries bought, rent paid, boredom alleviated by Ntfx, YuTb, Hulu and Vudu and aldjf;aljdf, addictions satisfied with booze, pot, coke and high-grade news analysis, and so prudently he takes on jobs.

He’s ill-suited for many of them, being a bit too studied and enlightened in the field of Doom for such worldly necessities as self-abasement and consumerism, and he is perpetually in the process of being fired here, hired there, re-hired and then re-fired and then hired somewhere else. Most recently he has been fired, now looking to be hired. He responds to Craigslist job posts under los angeles | central LA 213/323 | general labor, gets turned down for Order Puller & Unloading Containers (Compton) pic map and WAREHOUSE JANITOR (CITY OF COMMERCE) map but then gets hired by Fleet truck washer $13.25 + OT (South Gate) img.

He works in a five-person crew cleaning trucks and vans that have Adalberto’s Produce Co. printed on the sides in the backlot of a processing facility strangled with broke wooden pallets and rusting forklifts. Central Americans work inside the processing facility, they stream outside several times a day wearing white hairnets, nitrile gloves, jackets and sweaters. Always there are white hairnets spattered across the hot backlot asphalt like jellyfish corpses spit up onto beachsand. To wash the vehicles they use metalwire prongs that allow a person to carry three buckets at once, wax, tirecleaner, Armor All, microfiber shams, rags, ladders, squeegees mounted on six-foot poles. They wear hats and long clothing because there’s no shade. Aurelio, Moises, and Juana speak Spanish most of the day, and also Maziar, Mazy, who’s Persian and close to 40 but multilingual. The Paranoid is monolingual. But everyone’s nice, they teach him a bit, phrases, slang, enough that they can all laugh together. They’re good people and they seem to have almost no strong opinions or thoughts at all about anything, but their sense of humor is good, except Aurelio, Relio, who’s in charge sort of. The Paranoid, like always when starting a new job, keeps his mouth shut and his own thoughts to himself.

Until one time Relio and Moises start complaining about Peña Nieto, Trump. The Paranoid can’t really understand their conversation specifically, but thinks he might get the gist. Like a smoker he can’t resist temptation, can’t help but to indulge himself and join the conversation. After a while there’s not much more to complain about, so Relio wraps things up by saying all these fucking politicians are corruptos anyway. The Paranoid says that, well, we’ll see, Obrador takes office in January.

Moises says, “I’m gonna estar being a politician, fuck everyone over.”

The Paranoid says that that’s good, a good thing, he always encourages people to go into politics.

He’s running a political assassination firm, so it’s important to him that people always run for office. After all, he certainly doesn’t want to be washing trucks forever.

The Paranoid is always taking things too seriously, or not serious enough. He is always monitoring the air for clues, tremors, tones of voice, collective feelings, changes in the wind. He is always on the verge of nervous breakdown, but he’s also always doing just fine. Sadly, he’s good at being argumentative but not at manipulating others.

He eats pouches of frozen food made to be heated up in a pan. Sees people on YuTb wearing VR visors moving limbs like they’re spacesuited on the moon. Watches the natural disaster channel. Hears about a million new Yemeni cholera patients per day.

Stays silent so long as to become desperate, as if somehow world events were a grand hallucinatory picture show shilled from pages and screens to keep him, him alone, trapped within a tunneling narrative. Were they Truman Showing him? Could that be an explanation for why people got so jittery, so discomfited whenever he mentioned news, politics, or merely tried to get at the meaning of things? Or maybe something far worse — that to know, to be aware, would be an implication of guilt, or a ruling to care about others.

One day, though, the world becomes real again, abruptly. Mazy comes to him after work, rueful, grief-stricken, silvering black hair groomed and styled but face uncaring, despairing. If the Paranoid isn’t doing anything right now, would he be available to go get a beer?

Mazy takes him to Buffalo Wild Wings. It’s nearby. Mazy is not the kind of person who distinguishes the emotional or aesthetic matrices of any given day and then translates such information into an appropriate bar to go to. They’re in a place full of noise, screens, some video games that simulate deer hunting, golfing, driving cars. The Paranoid asks Mazy what’s wrong.

Mazy, Maziar, reveals that one of his relatives, a cousin, was killed only a few days ago. A terrorist attack in the southwestern Iranian city of Ahvaz, the hometown of his mother’s side of the family. His cousin, shot in the gut and the throat. A military parade for the Revolutionary Guard there, pomp, circumstance, discipline, national pride, suddenly a dozen or more gunmen, some of them taking part in the parade, wearing RevGuard unis themselves, start firing assault weapons. 29 killed, nearly 100 wounded. Mazy’s cousin, plus 28. She wasn’t RevGuard. She was a she. She was watching the parade with Mazy’s family and caught two shells.

The Buffalo Wild Wings waitress bounds to the table wearing the Buffalo Wild Wings shirt, probably not 25 yet, makeup’d and dressed sexual, speaking babyspeak. “Okay, guys, here are your beeeeeers, the Sierra Nevaaaada, aaaaand the Shocktop.”
This is not the place to grieve. A big shiny orange wedge impaled on the rim of Mazy’s beer. He stares into it, miserable.

The Paranoid is sympathetic, he knows all about the Ahvaz attack. The whole thing was too odd to overlook. Since when does a Khuzestani anti-govt Arab minority group with a big ostentatious name like the Ahvaz National Resistance get the cajones to stage an attack on RevGuard troops, then bullhorn about it afterwards all over the internet? The timing of it seems a bit fucking suspicious given the fact that that John Bolton asshole booted McMaster outta the national security adviser position in April, then only one month later the US rips up the JCPOA and sanctions everything in Iran up to and including the fucking oil and the fucking kebabs.

Mazy nods, takes a sip of beer and wonders aloud what the hell is happening? Can the Paranoid explain to him, Mazy, why his cousin, who he grew up with and was quite close to, is now dead?

The Paranoid says that it’s for absolutely no reason that is good. In fact, this whole incident has him concerned for the near-future fate of Iran, because once you start looking at some of these details floating around out there, it starts getting too reminiscent of the 1950s for comfort, all Operation Ajax-y.

Maziar asks what the Paranoid means.

He says it’s just that, well, look at what happened in the direct aftermath of the attack. Iran summoned diplomats from the UK, Denmark, Netherlands, etc., to accuse them of harboring Iranian opposition groups. Which of course Iran has the habit of quickly blaming all internal discord on foreign conspirators, but in this case, for the first time in a long time, they’ve got a pretty solid point. John Bolton, after all, was a longtime supporter and lobbyist for the Mujahedeen-e-Khalq, and only a few months ago told some of their members in a speech that they would be celebrating the overthrow of the Iranian regime in Tehran before the year 2019.

Then you look at what happened back in July when Belgian Special Police intercepted two Iranian Belgian nationals in a Mercedes that had 500 grams of TATP explosive and an ignition mechanism in it, and it turned out they were going to somehow cross the border into France and attack a gathering of the MEK in Paris that top US officials and even Rudy Giuliani attended, and what does that tell you? That Iranian intelligence is so concerned about the activities of the White House-backed MEK they’re willing to risk carrying out an attack on foreign, European soil just to bag some of their leading members. They didn’t just decide to attempt all that out of the blue — the MEK is clearly being proactive enough to warrant concern.

And then you think about how the Trump Administration is creating a multilateral security alliance with six Gulf Arab States plus Egypt and Jordan with the explicit goal of “countering Iranian expansion in the region” or whatever the fuck, and suddenly this militant Arab minority rights group pops up screaming about how they’re definitely Arabs, and Mike Pompeo is the fucking secretary of state right after being head of the CIA, which 50% of the CIA’s job description is overthrowing foreign governments through the use of proxy forces, and also all this drumbeating that went on at the UN General Assembly…

Maziar looks like the kind of person who could never hope to finish off a full glass of Shocktop without probably feeling hopelessly intoxicated.

…the only reason the Paranoid mentions any of this is because he’s so sorry about Mazy’s cousin, and he thinks it’s better for him to know what’s going on, even if nothing happens, which heaven forbid anything does.

They get mildly drunk together in Buffalo Wild Wings, but something about Mazy has changed, the Paranoid notices. His expression grows rigid and his words become short. He still laughs, but too much on cue; he still offers the Paranoid a ride back to his car, but too eagerly, too pro forma. The Paranoid cannot figure out what has happened. He doesn’t let on that he notices the change. He feels like, after his second Sierra Nevada, that Mazy had offloaded his sadness onto him, and that he had reflected that sadness back at Mazy, but Mazy had not recognized himself in the reflection.

The next time he sees Mazy, at work, he asks him how he’s doing. He’s careful to ask him confidentially. Mazy is quick to assure him he’s doing better, and thanks the Paranoid, but then Mazy is never the same around him at work. He does not speak English to the Paranoid so much anymore, sticks to the conversations in Spanish and no longer translates things as often as before for the Paranoid’s benefit. Over time, things become much less friendly at work than they’d been at the beginning.

The Paranoid is always making people uncomfortable. He is always accidentally crossing lines, or if not by accident then purposefully, always taking things too far or being too much himself around others. It is better, he discovers over and over again, to put on an act for people, to pretend not to be who he is. Who he is puts people on edge.
The Paranoid wonders if he’s right about what he said at Buffalo Wild Wings, about the Ahvaz attack. He starts to become paranoid — what if he was right? What if the USG really is feverishly plotting the overthrow of the Iranian regime?

Several months later, work becomes unbearable for him and he quits the truck washing job. He realizes much later that that day in Buffalo Wild Wings with Maziar, discussing Iran, had been the beginning of the end for him there. For some reason, nothing could stay the same after what he’d said.