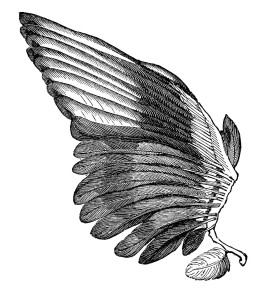 BLUEPRINT FOR THE NEW LEFT

Fissures have erupted across the monoliths of both major political parties, disrupting the duopoly. On the left, the Democrats have divided between late-20th century neoliberals and early-21st century progressives. But what is a progressive, especially from an economic standpoint? For too long we’ve bemoaned capitalism’s evils without providing structural remedies or replacements. These dispatches provide a framework for position-taking on the New Left.

First, mobility of capital: by opening trade and reducing corporate regulations between nations of uneven economic development, corporations were able to move production and services to countries where workers’ rights were far weaker, environmental restrictions practically nonexistent, and where they could pay employees less. This led to unemployment at home, exploitation abroad, and an unfair sense of competition between the working classes of separate nations.

Second, concentration of wealth: by sidestepping regulations and workers’ rights at home, corporations were able to exploit workers in poorer countries while benefiting from currency imbalances, investment strength, and consumer markets in their more developed economies. This resulted in explosive wealth inequality (though it should be noted there were some modest benefits for people in poorer nations, including minor wage increase, some job security, and broad-scale economic investments), as well as skyrocketing corporate political control on a global scale.

Third, pure exploitation: relocating most production and fabrication to poorer nations gave rise to an abhorrent spectacle of worldwide worker exploitation. Corporations farm underdeveloped nations for what is essentially tantamount to (and sometimes manifestly) slave labor, extract local resources without benefiting the countries from which they came, and pollute completely unbridled. They are able to do this by enriching ruling elites, many of whom are explicit puppet regimes installed according to U.S. neo-imperial designs.

Seeing Trumpist far-right political-economic isolationism being put into practice—no matter how crudely—should give U.S. progressives cause to reevaluate our previous stance on neoliberal trading policy, especially post-WWII doctrine of free trade and trading blocs. Only now, faced with a political machinery altogether reactionary toward international trade and therefore willing to dismantle the fundamental diplomatic architecture that has acted as a safeguard against war between Great Power nations, are we able to distill what was the wisdom from these exploitative contracts.

If politics is economics, then of course the reverse is true, and we come to understand the importance of trade deals beyond their monetary motives. Yet it bears repeating that trade politics have operated according to a very visible and obvious immorality that amounts to outright class warfare and plutocracy.

The writing on the wall becomes clearer the more the far-right attacks and undermines this global network of treaties: free trade is all but a requirement for peace. Even by its slightest weakening, we are once again plunging into geopolitical conditions reminiscent of those directly preceding WWI. However, immorality need not be an inherent feature of trading blocs and agreements. Yes, companies should benefit from expansive access to global markets, but the standards and regulations for free trade, especially as they relate to workers’ rights and environmental sustainability, should be impeccably, indeed, nearly impossibly high. In this regard, the New Left should form such an impenetrable party line of support that corporations, and capital in general, would be incapable of transgressing.